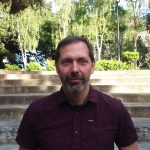 The Meiklejohn Civil Liberties Institute (MCLI) is excited to announce that Steven DeCaprio has been named interim executive director. With over 20 years of organizing and non-profit leadership experience committed to racial, economic and environmental justice in the Bay Area, DeCaprio is certain to provide MCLI with strong leadership grounded in principles of liberation. MCLI officially stated as follows, “We are grateful to have Steven join us at MCLI. As founder of Land Action, co-founder of the Association of Legal Apprentices, and longtime Oakland organizer, Steven understands how to mobilize campaigns and initiate grassroots legal education empowering organizers to expand tactical tools and access legal processes. With over a decade of experience in non-profit development and communications, he also has invaluable skills that will increase our capacity as MCLI transitions to bring in the next generation of leadership.”

DeCaprio joins MCLI after completing the Haywood Burns Memorial Fellowship with the National Lawyers Guild where he expanded recruitment of new members among poor people and people of color in an effort to increase economic and racial diversity while providing a tuition-free pathway to study law under an emerging mentorship program. Prior to that, DeCaprio worked for the California League of Conservation Voters where he personally raised over $300,000 in his final year while training the remaining staff which raised approximately one million dollars annually.

As founder of Land Action, DeCaprio was named one of “12 Visionaries of 2012” by the UTNE Reader for his work assisting with direct action during Occupy Oakland where he organized numerous legal trainings. MCLI looks forward to including DeCaprio’s knowledge and experience with strategic grassroots legal education and his organizational leadership skills with MCLI’s critical work advocating for human rights during a time of increased oppression. “I am honored to continue the work of MCLI as the organization transitions in such a challenging political environment. Due to MCLI’s history of human rights advocacy our work is critical in addressing expanding violations of human rights at this moment.”, said DeCaprio.